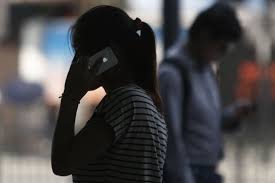 For anyone who’s ever texted friends for advice while a date’s in the bathroom or worse, livetweeted a romantic encounter, there’s finally an app that takes that sort of real-time electronic oversharing to its logical conclusion.

Late last week–just in time for Valentine’s Day–artist and software developer Lauren McCarthy launched Crowdpilot, an iOS app designed to let anyone invite friends and strangers to listen in on a live audio stream of a private conversation and offer text-based advice and encouragement.

“Crowdpilot lets you crowdsource your conversations by inviting a group of people to listen in and give you suggestions in real time,” says McCarthy. “I see the possibility of having this networked hivemind that weighs in on your decisions, like having a ‘wingman’ in a bar.”

Just launch the app, choose from an array of conversation types including “date,” “argument,” “meeting,” or “family gathering,” and choose who you want to listen in. You can opt to only allow access to Facebook friends, leave it open to anyone on Crowdpilot’s website, or pay a dollar to hire a group of workers on Amazon’s Mechanical Turk crowdsourcing service to listen in. “The general public is a mixed bag,” advises McCarthy. Amazon’s hiveminders, she notes,”get paid a little bit so they’re more up to the task.”

McCarthy, who built the app in partnership with the Netherlands design studio Perceptors, has some experience in this area. Last year she went on a series of blind dates that she live-streamed to Mechanical Turk for advice, an experiment she called “Social Turkers.” Crowdpilot is an attempt “to refine that system,” McCarthy says.

McCarthy strongly suggests that anyone using the app warn all participants in a conversation Crowdpilot’s crowd will be listening in. Although it’s possible to run Crowdpilot on your iPhone with the screen turned off, it can’t run in the background, reducing the app’s potential as a stealth spy tool. “You are responsible for disclosing each Crowdpilot session to all parties involved and obtaining their express permission to stream the content of your interaction,” reads one passage of its terms of service written in all caps for emphasis.

Not surprisingly, those warnings haven’t stopped the app from sparking outrage. “Great, as if dating needed to get weirder,” wrote on user on Twitter. “Tomorrow I start the backlash with my new service, Bespoke Conversations,” added another. When I showed Crowdpilot to a single friend, her first response was to call it “absolutely manipulative and disgusting,” and an attempt “to make money by invading people’s lives, making them ever more insecure and codependent on technology.”

“Will it make us more connected or turn us into total robots? We’re trying to make people directly confront these questions,” she says. “Maybe you’ll think it’s terrifying. Or maybe you’ll find it’s actually it’s kind of wonderful and fun. And where does that leave you?”