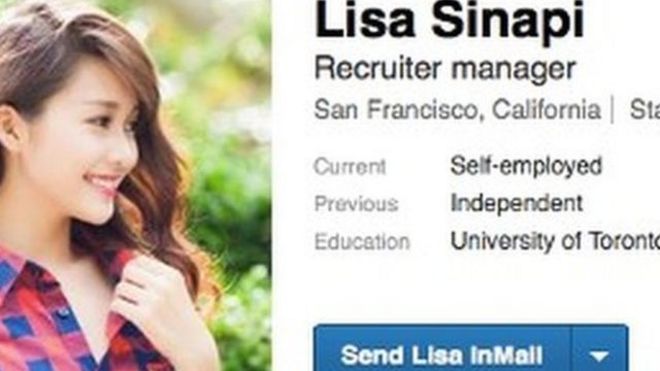 A growing number of hackers are targeting professionals on LinkedIn, according to security firm Symantec.

Its investigation uncovered dozens of fake accounts on the social network, across a variety of industries.

Posing as recruiters, the fake accounts allow hackers to map the networks of business professionals and gain the trust of those in them.

The security firm has worked with LinkedIn to remove all of the fake accounts it identified.

By making these connections, criminals can entice users to give up personal details, direct them to malware-laden websites and, if they can get their email addresses, launch spear-phishing campaigns - targeted emails that aim to steal personal information.

"LinkedIn users expect to be contacted by recruiters, so this ruse works out in the scammers' favour," it said in its report.

"Most of these fake accounts have been quite successful in gaining a significant network - one had 500 contacts. Some even managed to get endorsements from others," Symantec researcher Dick O'Brien told the BBC.

In response LinkedIn said: "We investigate suspected violations of our Terms of Service, including the creation of false profiles, and take immediate action when violations are uncovered.

We have a number of measures in place to confirm authenticity of profiles and remove those that are fake. We encourage members to utilise our Help Center to report inaccurate profiles and specific profile content to LinkedIn."

They also used keywords such as "reservoir engineer", "exploration manager" and "cargo securement training" which are likely to gain them visibility via the site's built-in search engine.

Many of the terms related to the logistics, information security and oil and gas industries, Symantec said. 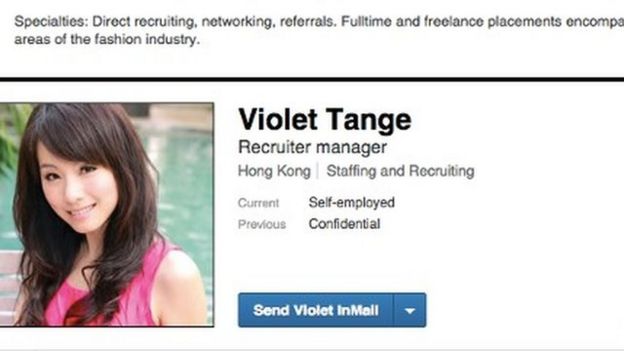 Mr O'Brien had some tips for LinkedIn users worried that they might have befriended a hacker.

"You can do a reverse image search by dragging and dropping the profile picture into Google Images and see what it brings up.

"Copying and pasting the job information in Google can also reveal whether it has been taken from somewhere else."

Twitter and Facebook also have problems with fake accounts but LinkedIn seems to be particularly attractive to hackers, said Mr O'Brien.

"It reveals the greater sophistication of cyber-criminals that they are prepared to play the long game by gaining information for future attacks in this way," he said.

It is not the first time that researchers have pointed out the dangers of fake LinkedIn profiles.

In October, researchers from Dell's counter-threat unit identified a network of at least 25 fake profiles that had links to over 200 legitimate ones, belonging to people working in defence, telecommunications, government and utilities.

The fake accounts were linked back to an Iran-based hacker group.