NOTE: This is not an endorsement for this new device; this is simply about an interesting potential new tool.

A drone for everyone? It's about time. 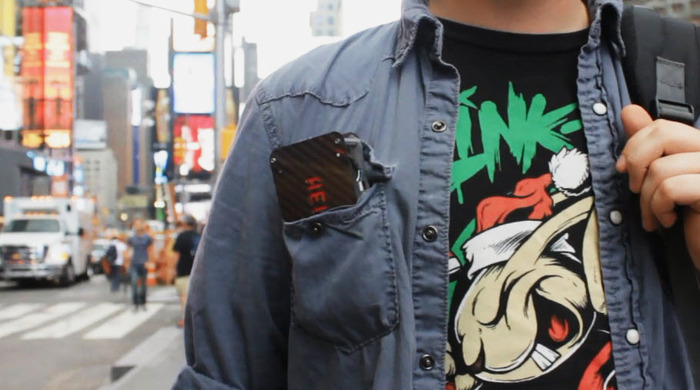 Drones are on top of everyone's love-to-get gadget list, but they’re expensive, complicated, and a hassle to carry around.

Then there are mini quadcopters---a better option for beginners since they’re less expensive and better able to survive multiple crashes (so you can learn to fly your machine before trashing it). But minis lack that all-important flight camera---so they quickly become boring and usually end up as static living room decorations, along with your high school soccer trophies and college diploma.

So maybe you want to add a micro camera and a few previewing solutions to jazz up the experience? Unfortunately, you’re looking at hundreds more dollars in cost, not to mention all the extra gear you have to lug around. 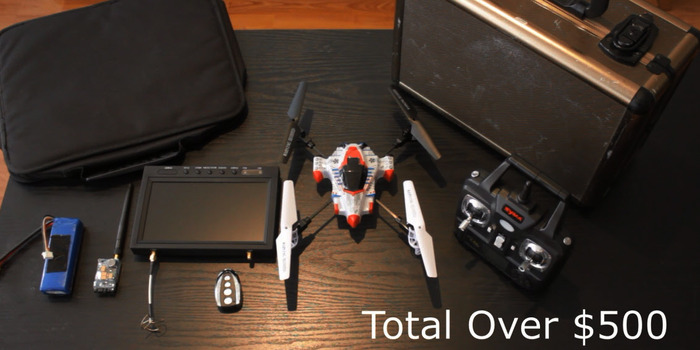 There’s always that moment----a lunch break on a beautiful afternoon, a gorgeous sky while you’re waiting for a friend, a clear, ochre day in autumn when the leaves are turning---and you know the aerial footage would be beyond compare.

And you say to yourself “I wish I had a drone with me.”

Anura is the perfect solution for this problem.  A Micro Drone slightly larger than an iPhone, it travels conveniently with the user wherever, whenever, 24/7.  Best of all, it requires only smart phone (IOS/ANDROID) to control and preview images.

Like streaming aerial footage? You’ll love the portability, convenience, simplicity and low price of the Anura. 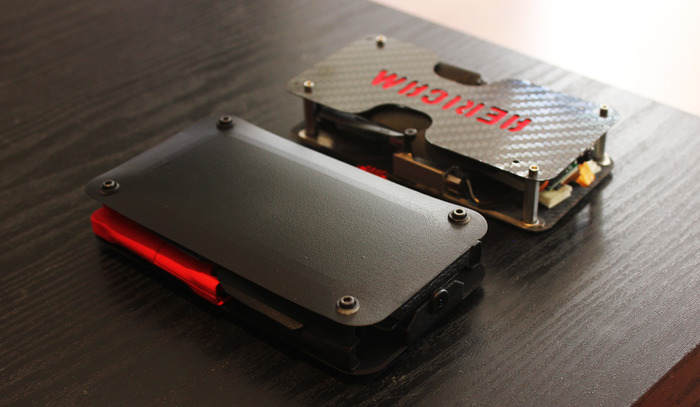 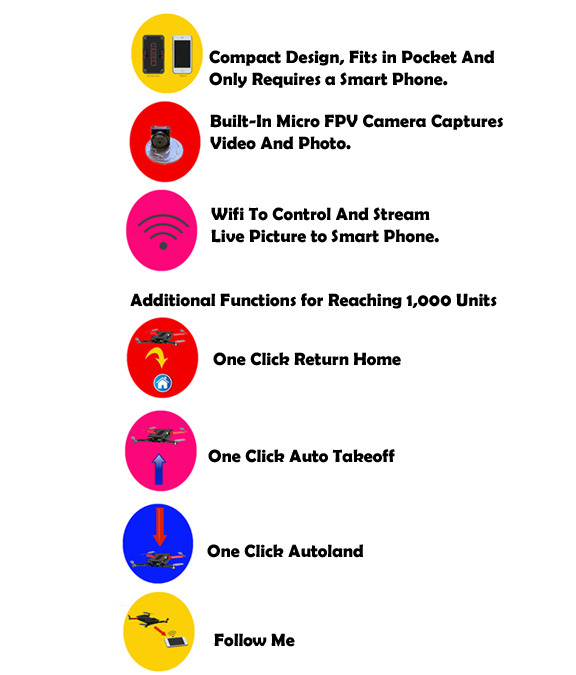 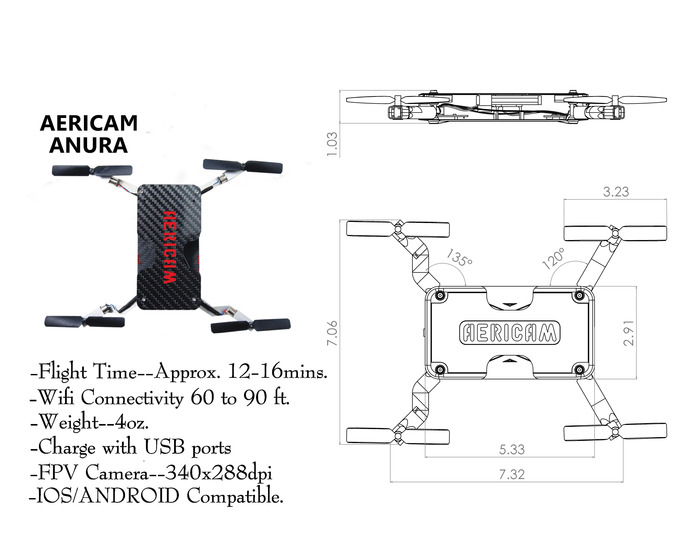 I have owned drones in all shapes and sizes, and spent hundreds of hours trying to adapt them to make them user-friendly. But they are bulky to transport, and often complicated to operate.

The idea of a pocket drone came to me at the 2012 San Francisco Giants Championship parade, when there were so many people blocking my view that I wasn’t able to see what was going on.  Suddenly, a miniature, easy-to-use drone made perfect sense.

During the last 2 years, I’ve created several prototypes and design concepts.  I’m happy and proud to introduce the Anura Pocket Drone to the world.

My company, AeriCam, has five years of experience manufacturing drones for film and video productions, but these drones are too expensive to be accessible to the average consumers.  We want to make the Anura accessible to everyone with a reasonable price point---but in order to do that, we need to produce in volume.

And this is where you come in.

The more pre-orders we get for the Anura, the more features we can afford to put into it.

We really hope you can join us in making the Anura accessible to everyone!

Risks and challenges Learn about accountability on Kickstarter

We have successfully completed and delivered a KickStarter project this past April (AeriCam Hollywood). The production model had many added features and greatly improved the performance from the kickstarter unit. We learned a great deal from our previous project and will apply what we learned to make Anura a top-of-the-line product.

To lower the risk and production complexity---and to speed up delivery time--we are working with a world class drone manufacturer this time around to oversee all aspects of production. That way, we can focus solely on design and on bringing you a superior product.

There will likely be some minor adjustments to Anura to improve the production process suggest by manufacturer. We will announce these changes if they occur.

As always, there may be unforeseen events that delay the completion of the project. But we will work our absolute hardest to make the Anura the best product we can and to deliver it to our market quickly.

Any pledge amount will help Anura closer to production, or simply tell a friend who might be interested in Anura by sharing our page.

Thank you very much for helping the Anura take flight!!!